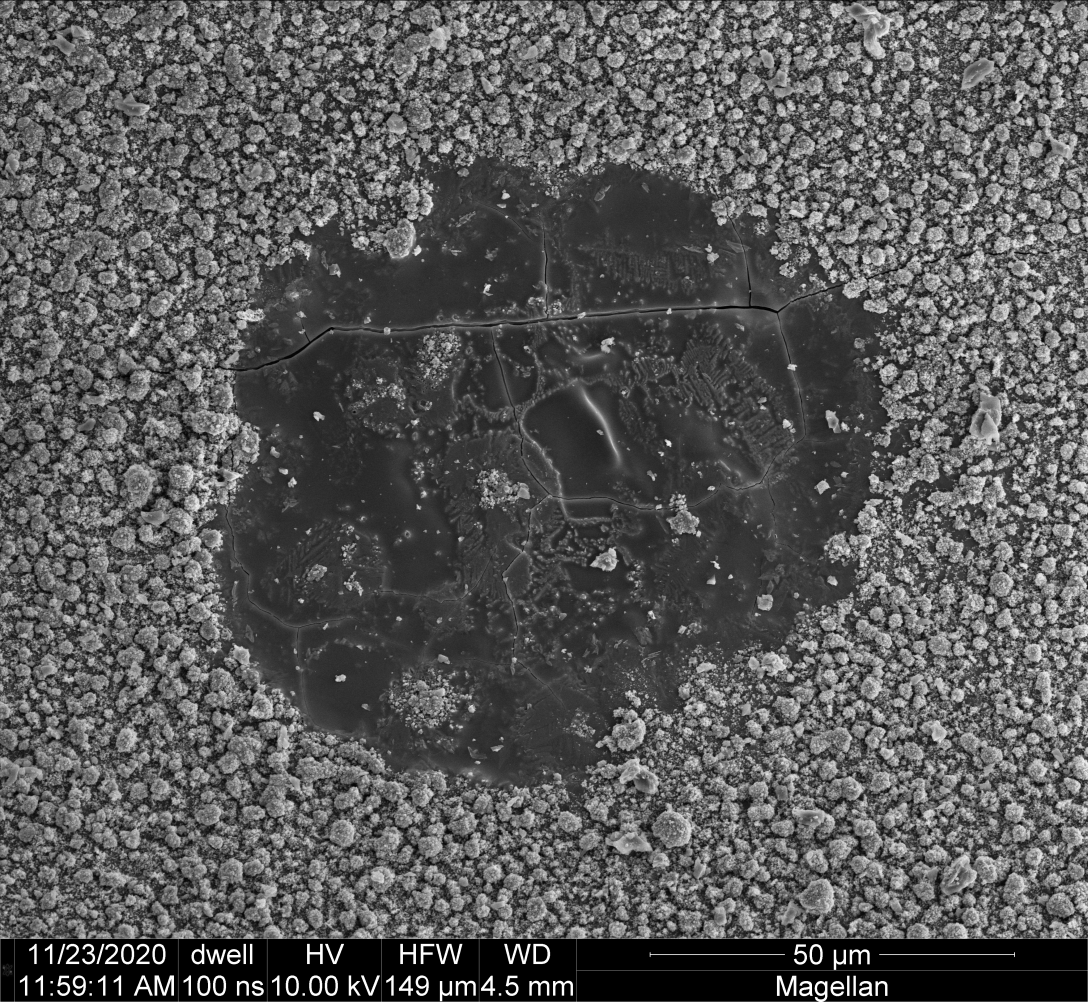 Further SEM study (see “microscopy 2”) with the sample cut from the wood-fired lid has provided some images that provide novel evidence in support of our current theories regarding the microscopic physical processes that lead to formation of bright red color patches on the surfaces of wood-fired, reduction cooled stoneware clays. After seeing this new data I suspect I’ve probably had previous images that showed something like this, but not as clearly!

The following SEM image shows a black glassy patch surrounded by red, like several others shown in the “microscopy 2” post from 22 September:

The following gallery shows the same image with a region of interest indicated by a yellow rectangle (left), which corresponds roughly to the area studied using a supplementary tool on the Magellan SEM called an Energy Dispersive Spectrometer (EDS image, right):

The EDS data is shown as a false-color image, in which the color of each pixel is set to yellow, red or blue (or some combination thereof) according to the relative surface concentrations of magnesium, iron and silicon atoms, respectively. This particular frame shows clearly that iron and magnesium are associated, in terms of the way they emerge from the depths of the otherwise glassy silicate surface. This type of correlation would be expected on the basis of prior technical work on ion migration in silicate melts under low-temperature re-oxidation, which I believe explains the basic mechanism underlying formation of red surfaces on wood-fired ceramics via “reduction cooling.”

The following images show some SEM closeups of the frame of interest, including morphological details of the iron/magnesium crystalline structures: